NFL Agent Buddy Baker relayed the grim experience of losing both parents, both of whom passed away only six minutes apart from complications from the Wuhan virus. 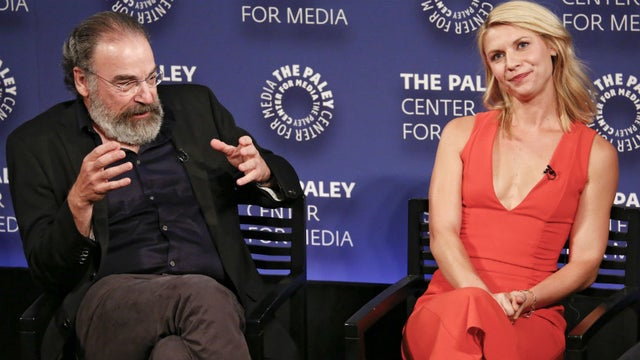 'HOMELAND' star accuses Trump of trying to have it both ways on intelligence...

Democrats swept into the majority in the Virginia state legislature, in both the House of Delegates and the State Senate, taking majorities in both in Tuesday’s elections.

Tuesday on MSNBC’s “Live,” host Stephanie Ruhle mocked Vice President Mike Pence by asking who he calls “mother” when traveling with both second lady Karen Pence and his mother Nancy Pence. Washington Post’s Phil Rucker said, “This is an official

U.S. President Donald Trump and Britain’s Prime Minister Boris Johnson have predicted “fantastic mini-deals” and “a very big trade deal” after Brexit, with the American saying he believes the Tory MP is “the right man for the job”.

Taliban narco-jihadis claimed responsibility for an attack in the Afghan capital of Kabul that killed at least 14 and maimed nearly 150 others Wednesday.


Both pilots on UNITED flight arrested for intoxication...

Sunday on CNN’s “State of the Union,” host Jake Tapper addressed President Donald Trump’s tweet asking why progressive lawmakers to “go back and fix the totally broken and crime-infested places from which they came.” Referring to the Slovene-born First Lady,

On Wednesday, Time magazine published its “100 Most Influential People” list featuring both Supreme Court Justice Brett Kavanaugh and his accuser Christine Blasey Ford, and actress Jessica Chastain is not happy about it.

On Thursday’s broadcast of MSNBC’s “Rachel Maddow Show,” Representative Joaquin Castro (D-TX) stated that he believes it will be “very significant” for the courts to see that both the House and the Senate voted against President Trump’s national emergency declaration. Castro said, “I think it’ll be very significant for the courts, and perhaps the Supreme Court, if it reviews this, to see that both chambers of Congress, one Republican chamber in the Senate, one Democratic chamber in the House of Representatives, both voted to terminate President Trump’s emergency declaration. Because we don’t believe that it’s legal, and because there is no emergency on our southern border.” Follow Ian Hanchett on Twitter @IanHanchett

Representative Steve Scalise (R-LA) in a Tuesday appearance on “Fox & Friends” voiced his displeasure with being blocked from testifying as a witness in a forthcoming hearing on gun violence, despite having been involved in an incident with guns himself at a congressional baseball practice. Scalise said the House Democrats did not want to hear his side of gun violence, which is that guns can save lives. “[T]hey didn’t want to hear all sides,” Scalise said. “They just wanted to hear the side of people who are promoting gun control. They didn’t want to hear the side of people who, in my case, it was people who used guns properly that saved my life and everybody else on that ballfield. And it happens all the time in America where people use a gun to defend themselves.” Follow Trent Baker on Twitter @MagnifiTrent

Several veteran White House reporters noted — to their surprise — that President Donald Trump’s State of the Union address on Tuesday evening won applause from Democrats as well as Republicans.