DOWD: Gone With the Windsors...

Related stories:
JON VOIGHT: Trump Greatest President Since Abraham Lincoln…
‘Has made his every move correct’… 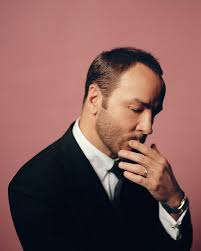 Sunday on ABC’s “This Week,” chief Bush 2004 presidential campaign strategist and network political analyst Matthew Dowd said likely incoming Speaker of the House Nancy Pelosi (D-CA) would “play this very smart.” When asked if Trump is prepared for Democratic control of the House, Dowd said, “No, I don’t think he is prepared for it both emotionally and administratively in the White House. First of all, they have a new chief of staff coming in. They’ll have a new defense secretary coming in. They have acting secretaries in a number of places, and they don’t have an infrastructure in the White House that is going to deal with the amount of subpoenas, the amount of investigations.” He continued, “I think Nancy Pelosi is going to play this very smart. She’s going to pass a series of bills on public policy. She’s going to do something on guns. She is going to do something on trying to eliminate the shutdown. She’s going to pass a bunch of stuff, and she’ll let her people chair these committees. I don’t think Donald Trump is going to know what hit him come January 3.” Follow Pam Key on Twitter @pamkeyNEN

Related stories:
Why Michelle O didn’t run for president…
Shocks audience swearing as she opens about pressures of marriage…