White liberals in a Minneapolis, Minnesota neighborhood say they are willing to risk a crime wave to avoid ever calling police officers to the scenes of suspicious or illicit activities.

The AMC Theatres chain hopes it outlets will be dark no more from next month as it reopens the vast majority of its locations, 450 out of 600, on July 15 with protective medical masks left as a matter of personal choice for patrons.

Foreign nationals held in Immigration and Customs Enforcement (ICE) custody are self-deporting from the United States to avoid potential infection with the Chinese coronavirus.

States that introduced “green” regulations that taxed single-use plastic grocery bags in an effort to eventually annihilate them are now welcoming them back as health officials caution of possible contamination with reusable bags.

“The outbreak will be short-lived, and it will not affect China’s competitiveness,” the state-run Global Times newspaper proclaimed Tuesday.


Young Americans avoid 'I do' until student loans paid off...

Related stories:
‘We have God on our side’…
CHRISTIANITY TODAY editor says many ignorant about ‘the gravity of moral failings’…

The editorial board at the University of Florida published a column this last week that cautioned students against wearing “problematic” Halloween costumes. 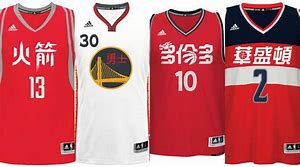 SpaceX said a bug in its “on-call paging system” prevented it from better communication and subsequent coordination with the European Space Agency (ESA) to avoid a possible collision between two satellites orbiting Earth, according to a Tuesday-published report at the Verge. The ESA moved its satellite to avoid being hit by the SpaceX “Starlink” satellite.

The U.S. has requested naval assistance from Germany in the Strait of Hormuz as tensions with Iran escalate, but the political leaders of the European nation have refused to come to the aid of their NATO allies.