The nation’s immigration enforcement agency is reducing its arrests of illegal migrants amid growing fears of a coronavirus outbreak in federal detention centers.

“They arrested Jane Fonda. Nothing changes,” Trump said. “I remember 30-40 years ago … She always has the handcuffs on, oh man, she’s waving to everybody with the handcuffs.”

The U.S. Immigration and Customs Enforcement (ICE) reportedly attempted raids in New York City on Saturday, but no arrests were made. 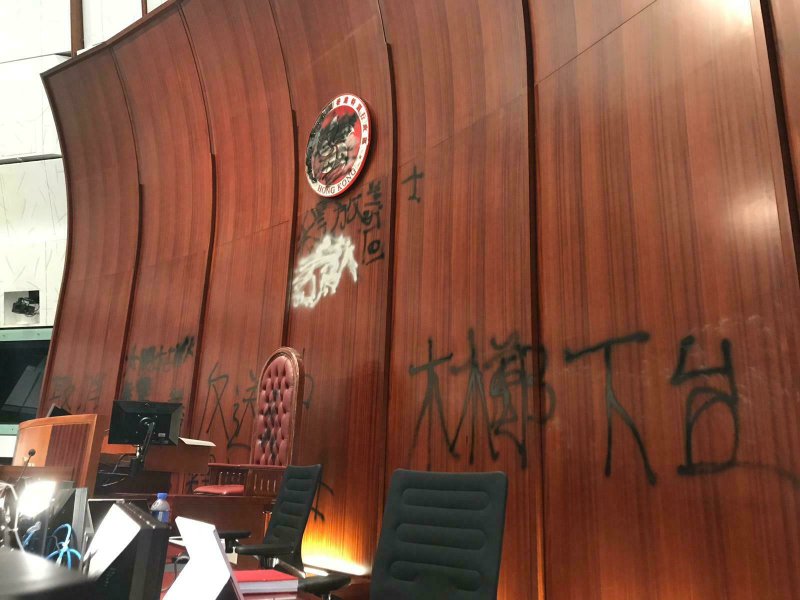 More than 100 partygoers were arrested in Crystal Beach, Texas, during the “Go Topless Galveston” beach party where massive fights broke out, a jeep was lit aflame, and lewd and drunken behavior reigned.

Authorities in Pakistan arrested a man on Tuesday for allegedly disseminating false rumors on social media that the anti-polio vaccine led to fainting and vomiting, a move that prompted concerned parents to rush 25,000 children to the hospital and a mob of about 500 people to set fire to a local health center.

Cuban police released artist Luis Manuel Otero Alcántara on Monday after arresting him and several others for organizing a footrace to wave American flags around the streets of Havana.

PARIS (AP) – The French Interior Ministry says about 32,000 people have turned out in Yellow Vest demonstrations across France.

PARIS (AP) – Scuffles broke out between protesters and police in central Paris on Saturday on the sidelines of a largely peaceful demonstration, during the fifth straight weekend of protests by the “yellow vest” movement.