Rep. Ilhan Omar (D-MI) has revealed that she believes Tara Reade’s sexual assault claims against presumptive Democratic nominee Joe Biden, warning that the historical nature of the allegations should not deny her justice.

The suit claims Lemon “put his hand down the front of his own shorts, and vigorously rubbed his genitalia, removed his hand and shoved his index and middle fingers in Plaintiff’s moustache and under Plaintiff’s nose.”

(AFP) — Seven Israeli tourists held in Cyprus are to be released after a British teenager who accused them of gang rape was arrested on suspicion of making a false allegation, a police source said Sunday.

Monday on CNN’s “Anderson Cooper 360,” writer E. Jean Carroll, who has accused President Donald Trump of rape, had a curious exchange with host Anderson Cooper about her status as a “victim” and the definition of rape.


Key Nixon Accuser Returns To Capitol With Sights Set On Another President...

Former Vice President Joe Biden’s second accuser on Monday likened the potential 2020 presidential contender to disgraced Sen. Al Franken (D-MN) and suggested he not seek the White House, according to a report. 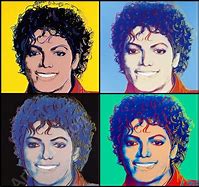 Tuesday on MSNBC’s “All In,” host Chis Hayes interviewed former senior Trump campaign staffer Alva Johnson who has filed a lawsuit against President Donald Trump and had accused him of sexual assault during his 2016 presidential campaign. Johnson told her story of Trump forcibly kissing her in a campaign RV. Johnson said, “I wasn’t close to him. I was wearing a baseball cap. He had to pass me on his way exiting the RV. I said ‘Now you go and do a good job and kick ass because I’ve been away from my family for a long time.’ And so he stopped, he grabbed my hand, and he starts looking at me and then as he’s looking at me, he’s holding my hand, he said ‘I’m not going to let you down. I know you’ve been away from your family. And I appreciate what you are doing.’ And he’s holding my hand and starts coming towards me. And so he is still holding my hand. I just had a lot of internal dialogue, and I’m like ‘is he going to hug me?’ And then he keeps coming closer, and I’m like ‘is he going to hug me?’ And he was

Rep. Alexandria Ocasio-Cortez (D-NY) claimed Friday that she had yet to hear about the sexual assault allegation against Lt. Gov Justin Fairfax (D-VA), one of three scandals that have thrown Virginia into political turmoil.