Less than two weeks after the November 5, 2017, Sutherland Springs, Texas, church shooting Joe Biden criticized the fact that a good guy used an AR-15 to stop the shooter.

Former Vice President Joe Biden is refusing to explain what he meant when he used the term “roaches” at the renaming of a community pool in 2017.

Former Vice President Joe Biden bragged at a 2017 event about letting children play with his “wet leg hair” as a lifeguard, according to recently resurfaced video.

President Donald Trump kicked off his political rally in Lousiana on Wednesday by reading off tweets declaring a “coup” against the president in January 2017.

Joe Biden told a harrowing story during an event in 2017 about facing down a razor-wielding gang leader named Corn Pop in his youth by threatening to “wrap” a chain around the man’s head. The incident came back into the spotlight over the weekend when footage of Biden’s remarks began circulating social media.

Illegal immigration at the United States-Mexico border last month was nine times the level of the same month two years ago and is projected to outpace every year when former President Obama oversaw immigration.

A RAND Corporation report released Monday reveals that Central American migrants paid human smugglers more than $2 billion in 2017 to get them into the United States.

Virtually everyone in politics and media was stunned Sunday afternoon as the Department of Justice announced Special Counsel Robert Mueller found no evidence of Donald Trump or his campaign associates colluding or conspiring with Russian nationals. Everyone, that is, except for

Multinational corporation General Motors (GM) has idled its assembly plant in Lordstown, Ohio — the largest plant it will shut down this year — leaving about 1,600 American workers out of a job and displaced in the labor market. 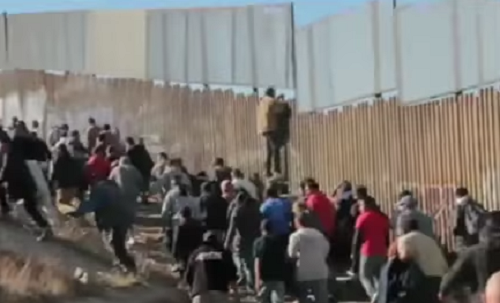 A report released by the French National Observatory of Delinquency and Criminal Responses (ONDRP) has said that in 2017, France saw a huge increase in both sexual and violent crime. According to the annual report, the number of people across the country who experienced violence outside of their household rose from 173,000 cases in 2016 to 265,000 in 2017, a 53 per cent increase, Valeurs Actuelles reports. Of the 265,000, around 93,000 claim to have been a victim of either rape or attempted rape in 2017, up from 58,000 the previous year. 569,000 households were robbed in 2017, and just over a million people said they had been victims of non-violent robberies while 210,000 said they had been robbed and subjected to violence. Non-violent thefts increased by 46 per cent compared to 2016 and broke a previous multi-year trend of decline. Analysis of the data reveals that Paris is the most prone to home robberies and that they mostly occur in the summer months and around Christmas time. Dramatic 20 Percent Rise in Homicides in France https://t.co/J5tnh97Kim — Breitbart London (@BreitbartLondon) November 10, 2018 Problems with underage criminal migrant criminals in some Parisian suburbs has become so pronounces, French officers brought in police

The National Football League’s 2018 ad revenue has sharply declined due to the crashing television ratings the league suffered in 2016 and 2017, according to reports.