On Thursday’s broadcast of the Fox News Channel’s “Hannity,” Senate Majority Leader Mitch McConnell (R-KY) stated that he will coordinate with White House lawyers on how to handle the Senate impeachment trial and “there won’t be any difference between us

Appearing Saturday at Politicon 2019, fired FBI Director James Comey contended, “there has always been a radioactive stew of racism” in the United States.

According to Rep. Mo Brooks (R-AL), elements of quid pro quo when it comes to dealing with foreign governments that receive aid from the United States should be the rule and not the exception nor considered untoward.

Tuesday on MSNBC’s “Live,” Sen. Mazie Hirono (D-HI) said since President Donald Trump has pulled out of the Intermediate-Range Nuclear Forces Treaty with Russia, which now allows for missile tests, “there is going to be a new arms race.” Hirono said,

Former Rep. Allen West (R-FL), a star of the Tea Party movement, is joining forces with a pro-Trump super PAC to ensure the president is reelected in 2020.

During a press conference on Tuesday, Senate Majority Leader Mitch McConnell (R-KY) stated that there “is not much support” in the Republican conference for tariffs and that he hopes that the tariffs President Trump has threatened to impose on Mexico

Venezuelan socialist dictator Nicolás Maduro’s days are numbered because his inner circle has no personal loyalty towards him or his ideology, Sen. Marco Rubio (R-FL) told Breitbart News in a conversation Monday.

On Thursday’s broadcast of CNN’s “AC360,” House Intelligence Committee member Mike Quigley (D-IL) stated that “There is obvious evidence, in plain sight, and in previous court filings, of collusion and obstruction.” Quigley said, “[I]t’s very cold comfort to the American 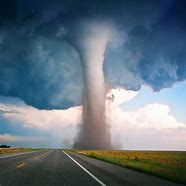 'There will be 1,075 tornadoes': Weather vendor's prediction draws scrutiny...

During a town hall on CNN on Monday, Democratic presidential candidate Senator Bernie Sanders (I-VT) defended his refusal to call Venezuela’s Nicolas Maduro a dictator by saying that while the last election in Venezuela wasn’t democratic, “there are still democratic operations taking place” in Venezuela. Moderator Wolf Blitzer asked, “Senator, why have you stopped short of calling Maduro of Venezuela a dictator?” Sanders answered, “Well, he — I think it’s fair to say that the last election was undemocratic, but there are still democratic operations taking place in that country. The point is, what I am calling for right now is internationally supervised free elections. And I do find it interesting that Trump is very concerned about what goes on in Venezuela, but what about the last election that took place in Saudi Arabia? Oh, there wasn’t any election in Saudi Arabia. Oh, women are treated as third-class citizens. So, I find it interesting that Trump is kind of selective as to where he is concerned about democracy. My record is to be concerned about democracy all over the world. So, we’ve got to do everything we can, but at the end of the day, it is going to be the people of

During a town hall on CNN on Monday, Senator and 2020 presidential candidate Kamala Harris (D-CA) said that there has “been new fuel” igniting hatred in the past two years. Harris stated, “You know, we have to speak truths about this. Racism is real in America. Sexism, anti-Semitism, homophobia, transphobia. These things exist in America, and we have to speak truth that they do so that we can deal with them. But we have seen in the last two years that there has been new fuel that is lighting that fire in a way that has been harmful, in a way that we have seen, when Charlottesville, and a woman was killed, that we’ve had a president who basically said, well, there were equal sides to this. We have seen what happened at the Tree of Life Synagogue. And so, we know that hate is something that in the history of our country, and currently, fuels not only dissension and division, but is — actually can lead to death. And so, we have to take it seriously.” She continued, “The vast majority of us have so much more in common than what separates us. And we need leadership in this country that

During Friday’s Democratic Weekly Address, Representative Ted Lieu (D-CA) stated that “there is no crisis at the border that justifies a government shutdown.” Transcript as Follows: “Hello, I’m Ted Lieu and I represent western Los Angeles County in the United States Congress. I previously served on active duty in our military because I believe America is an exceptional country, the most amazing nation in the world. But right now, the federal government under Donald Trump is partially shut down. No civilized nation on earth shuts down its own government. I’m going explain how we got here, how the shutdown affects you, and how we re-open government. It’s pretty simple how we got here. In fact, it’s all captured on videotape. Last month, Trump told the American people, quote, ‘I will take the mantle. I will be the one to shut it down.’ End quote. No President of the United States should ever be proud of shutting down our government. But Trump carried out his threat to shut down government. And he was enabled by Republicans in the House and the Senate. This shutdown started during a time of unified Republican control of the federal government: the White House, the Senate,